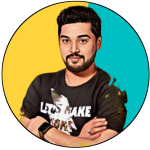 The release of WhatsApp’s much-awaited Dark Mode feature has been doing the rounds for quite some time now but there is no official confirmation of launch date announced yet.

The much-anticipated Dark Mode update of WhatsApp is finally here! Well, reportedly for some users for now.

Recently, in the latest reports released by WABetaInfo report,

a blog that tracks WhatsApp developments, the Facebook-owned social messaging app is working on rolling out the dark mode. The feature is ready for some users who are using the Android Beta version of the app.

According to WaBetaInfo, the website that tracks latest WhatsApp updates, the Facebook-owned social messaging app has not officially rolled out any stable versions of Dark Mode as of now.

However, there can be found some traces of the dark theme on Beta version of the app.

According to the blog, details suggest that the release might roll out very soon.

Stating that the Dark Theme is not available yet, the blog also mentioned that the users have a possibility to see it right now.

“When you share something in WhatsApp, for example a photo from your Camera Roll, you see the Dark Theme!”, it stated.Similarly, iOS users may also soon receive the feature.

The report also pointed out that WhatsApp is working on Dark Theme which will be compatible with iOS 13.

Apart from this, there is an interesting update that was spotted by the blog. There is is possibility that the Dark Theme is somewhat visible.

The blog explained,” When you share something in WhatsApp, for example a photo from your Camera Roll, you see the Dark Theme!”

Apart from this, the popular messaging app is reportedly nearing towards the roll-out of the Delete Message feature for its Android users.

Recently, WaBetaInfo confirmed that this feature will be available only for group chats and only accessible to administrators.

The feature, once available will automatically delete messages after a particular time period set by the user and make it look like the message never existed.

Apps Blogging How To Phone

Apps Blogging How To Phone